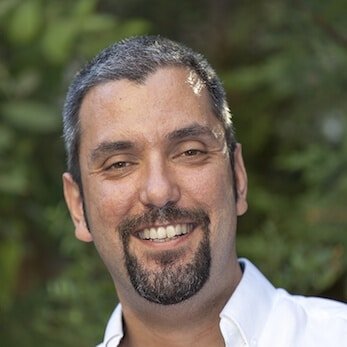 It was April, if I am not wrong… While searching the personal development programs, I came across the ENTREWAR. The program was apparently offering a different promise in every aspect from the content to the profile pictures of the facilitators. When I began to fill the pre-application form in no time, intelligent questions and the effort to find what is different affected me more. After tests, interviews and pre-interviews, I was selected for the program. I hadn’t taken a class training for a long time. I was excited. 25 new friends, brand new adventures, projects and a lot of information… The program began with warm-up tours as I had expected. It had many interesting parts. The program that created the most important impact on my life without question was the training conducted with the Underwater Offense Commando. During the training, I had a great difficulty  I had never done for a long time due to my smoking habit. The more I had difficulty the more passionate I grew, and the more pressure the program exerted. And as taught in the program, I don’t have the term of giving up in my vocabulary, I literally walked to the result physically. At the end of the program, I decided to quit my 20-year tobacco habit and really freed myself from it. The lesson from this is that the vision that this program gave is not about entrepreneurship only. The Entrepreneurial Warrior gives you the consciousness of not giving up. In the following stages of the program, we became much closer each passing day with the friends that I will possibly continue to see a lifetime. We  became a team and the issue of one of us was the issue of all of us. We locked together, became one and unity against ruthless attacks. When it came to the projects, everyone owned, criticized and added something from himself/herself to his/her project Even hearing other ideas from many people and discussing over them were enough to meet my expectations from the program. Also, classes supported by the opinions of the experts from different areas, sessions or surprise guests included in the program out of the blue during the program added  a lot to my existing experience and knowledge, and most importantly, I saw with my own eyes that there were invaluable individuals in Turkey who wanted to support entrepreneurs and share their knowledge to the fullest. As all numbered days, at the end of the work, the program ended and we graduated. We now focus on our new enterprises with many memories, seeded friendships and the knowledge gained from the program. I feel lucky for having joined the Entrepreneurial Warrior program, spent time with all valuable warriors, and most importantly, met my team.

This website uses cookies to improve your experience while you navigate through the website. Out of these, the cookies that are categorized as necessary are stored on your browser as they are essential for the working of basic functionalities of the website. We also use third-party cookies that help us analyze and understand how you use this website. These cookies will be stored in your browser only with your consent. You also have the option to opt-out of these cookies. But opting out of some of these cookies may affect your browsing experience.
Necessary Always Enabled
Necessary cookies are absolutely essential for the website to function properly. This category only includes cookies that ensures basic functionalities and security features of the website. These cookies do not store any personal information.
Non-necessary
Any cookies that may not be particularly necessary for the website to function and is used specifically to collect user personal data via analytics, ads, other embedded contents are termed as non-necessary cookies. It is mandatory to procure user consent prior to running these cookies on your website.
SAVE & ACCEPT