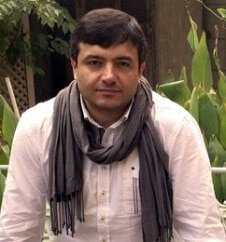 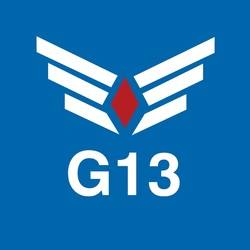 As someone born and raised in Germany, I have been still experiencing the textural clash in the community until I came to 2013. It was almost life-draining to try to hear the criticism that I was almost 10 years ahead of them and explain myself. Shallow people who executed Galileo for saying, ‘the earth is round’ in the 16th century were still inside their shells as members of someone else’s organization and keeping their position without evolving, as egocentric people who did not hesitate to criticize you. I was wasting my time arguing with the members of someone else’s organization about needlessness of what I was doing while breaking many grounds in the works during my work life I began in 1987. It is 2013 and I am still arguing. I am arguing because I care. I care about my environment, nation and country. It is necessary even if the philosophy, “a starfish I can be useful to is a starfish’ is tiring. Well, why do you think I have written such a long prologue? I’ve just wanted to reveal how we are having difficulty explaining our literate and illiterate people around us the Entrepreneurial Warrior program we started with great enthusiasm, enjoyed and completed with success and unfortunately how the same shallow people persist on maintaining their status quo at an age where accessing information can happen within moments. Although I received engineering education, I designed my first web page in 1996 and have been dealing with foreign trade since 2000, and I faced the following questions when I said I would take this training: “Are you going to teach?” “What will this training contain?” “Is there certification?” “How will it be useful for you”?” “What a nonsense”, “No one can make me do these”. However, my hunger for knowledge did not allow these questions to deviate me from my goal. They were right; although I was known to be very skilled, they failed to understand my desire to participate in the training.  Whereas, my skills alone were not enough, and every single person in these program was an ocean. Each of them was like a door opening to a different dimension. Our discoveries that started after we entered that door have not finished although the program finished and seem to never finish. There are so many things I have to learn. After spontaneous jobs I did in the market as a self-made businessman, I had the chance to learn the science of doing business from the prominent figures in the business world. We learned, practiced and mastered countless things from social decorum to outdoor tactical and resilience trainings, sales psychology to body language, methods of finding business ideas to brand creation, e-foreign trade to e-trade, market and competition analyses to target market identification, web design film and music preparation, Google AdWords to mailing campaigns, and even systematic customer and business follow-up through CMR system. Furthermore, the program had us repeat and apply what we learned in the trainings during and outside the training continuously with active tasks even if we neglected to do so. Looking at where I am now, I realize that my blurred perspective about the business world has become extremely clear. I have overcome my focusing issue and I learned how to avoid possible deterrent deviating me from my path when I locked on the target. I got rid of the lethargy I had on me and saw what I was capable of if I wanted to, by experiencing it. While continuing on our path with this program we graduated from as a series of entrepreneurial commandos, we constantly feel the support of our mentors. We actively work on the websites we learned and started to establish during the training. We became tight-knot with friends that participated in the training while we were still doing our work and owned each other’s project as if our own. We immediately share every opportunity we come across for each other and move forward fast.

This website uses cookies to improve your experience while you navigate through the website. Out of these, the cookies that are categorized as necessary are stored on your browser as they are essential for the working of basic functionalities of the website. We also use third-party cookies that help us analyze and understand how you use this website. These cookies will be stored in your browser only with your consent. You also have the option to opt-out of these cookies. But opting out of some of these cookies may affect your browsing experience.
Necessary Always Enabled
Necessary cookies are absolutely essential for the website to function properly. This category only includes cookies that ensures basic functionalities and security features of the website. These cookies do not store any personal information.
Non-necessary
Any cookies that may not be particularly necessary for the website to function and is used specifically to collect user personal data via analytics, ads, other embedded contents are termed as non-necessary cookies. It is mandatory to procure user consent prior to running these cookies on your website.
SAVE & ACCEPT